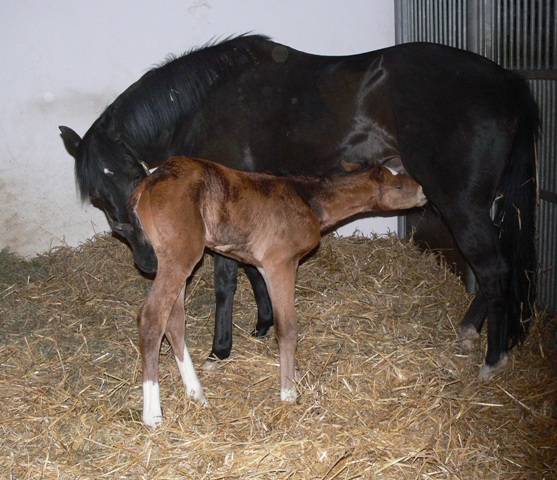 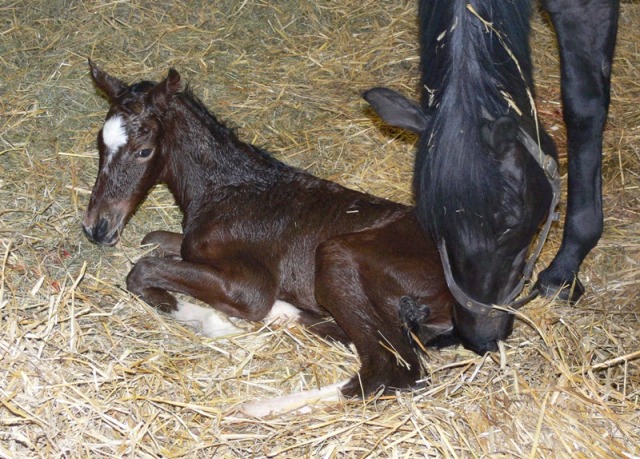 The last foal of the season was born around 11pm. On a day when FOUR ROSES had a further winner with FOUR DANCERS, she foaled a bay colt by Champion Sire GALILEO. Is it: "safe the best for the last?" Anyway he is a grand foal with four white legs, a star and a white spot under his belly. Finally Graf und Grafin Stauffenberg have 4 colts and 4 fillies in their crop of 2009.