now a Gr.3 winner in France as well

3yo LADY MARIAN (Nayef-LA FELICITA) won the Prix de la Nonette, Gr.3 in convincing fashion. The filly bred by Graf und Grafin Stauffenberg at their Schlossgut Itlingen won her second Grouprace after she won the Jungheinrich Gabelstapler-Preis, Gr.3 at Hamburg at the beginning of July. 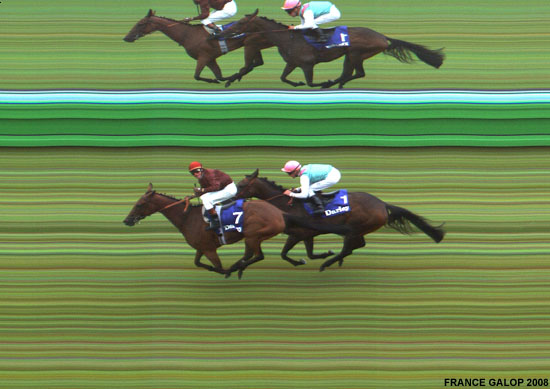 Ă˘â‚¬â„˘s German-bred daughter Lady Marian is proving one of the top middle distance fillies of her generation, adding a second Gr.3 victory to her record in DeauvilleĂ˘â‚¬â„˘s Prix de la Nonette. The runner-up Treat Gently (Cape Cross) was denied a run in the home straight and could never reel back the winner, who scored by half a length. Lady Marian, who was a close second in the Gr.1 Preis der Diana last time out, is from the family of Champion Lomitas and German Classic winners La Blue, Laveron and Lavirco. She was bred by Graf & Grafin von Stauffenberg, who sold her as a yearling at the BBAG September Sale and are consigning two colts and two fillies to this yeaÂ´ sale, which starts on 3rd September. The fillyĂ˘â‚¬â„˘s Shamardal half-brother was bought by Hillwood Bloodstock for 55,000gns at  Tattersalls last December, and is being consigned by them as Lot 616 at Tattersalls October Sale Book Two. Lady Marian had beaten Ashantee in a Gr.3 Diana trial at Hamburg and that filly paid another compliment to the daughter of Nayef when winning the Gr.3 Walter J Jacobs Stutenpreis at Bremen yesterday.