... and the horses have a lot in common 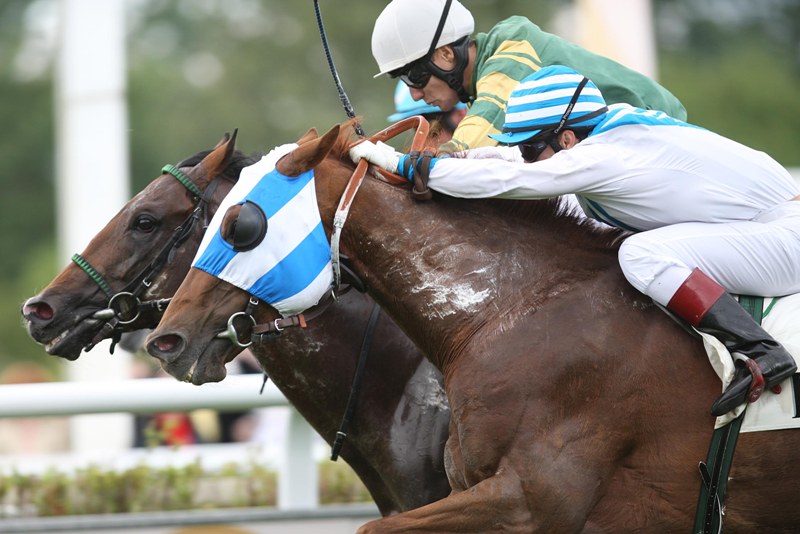 On Sunday raced two horses bred by Graf und Grafin Stauffenberg and both won. The better race won FOUR DANCERS (Seattle Dancer-FOUR ROSES). The colt won the DWI Pokal a Class B race at Hamburg during the prestigious "Derby Week". Owned by Wiesenhof Bloodstock, FOUR DANCERS is trained by Erika Maeder and was ridden by M Suerland. The other winner was ALBERTONE (Seattle Dancer-Andrelhina). Owned and trained by Pierluigi Gianotti, ALBERTONE won in Meran with a little bit more than 2 length. This were the wins 10 and 11 in 2009 of horses bred by Graf und Grafin Stauffenberg and raised in Schlossgut Itlingen.

The two colts have not only in common that they share the same sire, the late Seattle Dancer, the same breeders, Graf und Grafin Stauffenberg and were born and raised on the same soil, Schlossgut Itlingen, they are born on the same day, 11/05/2005 and both were sold at the BBAG Yearling Sale 2006 and last but not least they both won their second race.